Once I finally stopped freaking the F out about learning I was pregnant, I wanted to try my best to make the journey as special and memorable as possible for everyone (especially since I didn’t plan on it happening again)!

That included making sure Steev got to share the news with our fams in person. Seeing the look on his face when I told him he was gonna be a dad had been so priceless, I didn’t want him to miss being able to see it on everyone else’s faces.

That being said, he was gonna be away on an aircraft carrier until the 20 week mark! So that meant keeping our mouths shut for the first half of the pregnancy… Oi!

Honestly, keeping quiet for that long wasn’t that hard. Weird, I know, but I was more amused by the thought than anything else. The real problem was this… I was gonna be staying at my folks’ house while trying to keep this little secret!

After Steev’s October port stop in Chile – where I met him to break the preggo news in-person – his aircraft carrier departed again, not to return to the states til Christmas. I’d be seeing him again in Virginia, where all our household goods had been transferred and put into storage while I awaited his return.

While he was away, I took the opportunity to enjoy an extended visit with my fam in NC. My sis had recently had her second baby, so I was excited to help her out. Finding out I was pregnant didn’t change any of those plans, just threw a tiny wrench in ‘em! 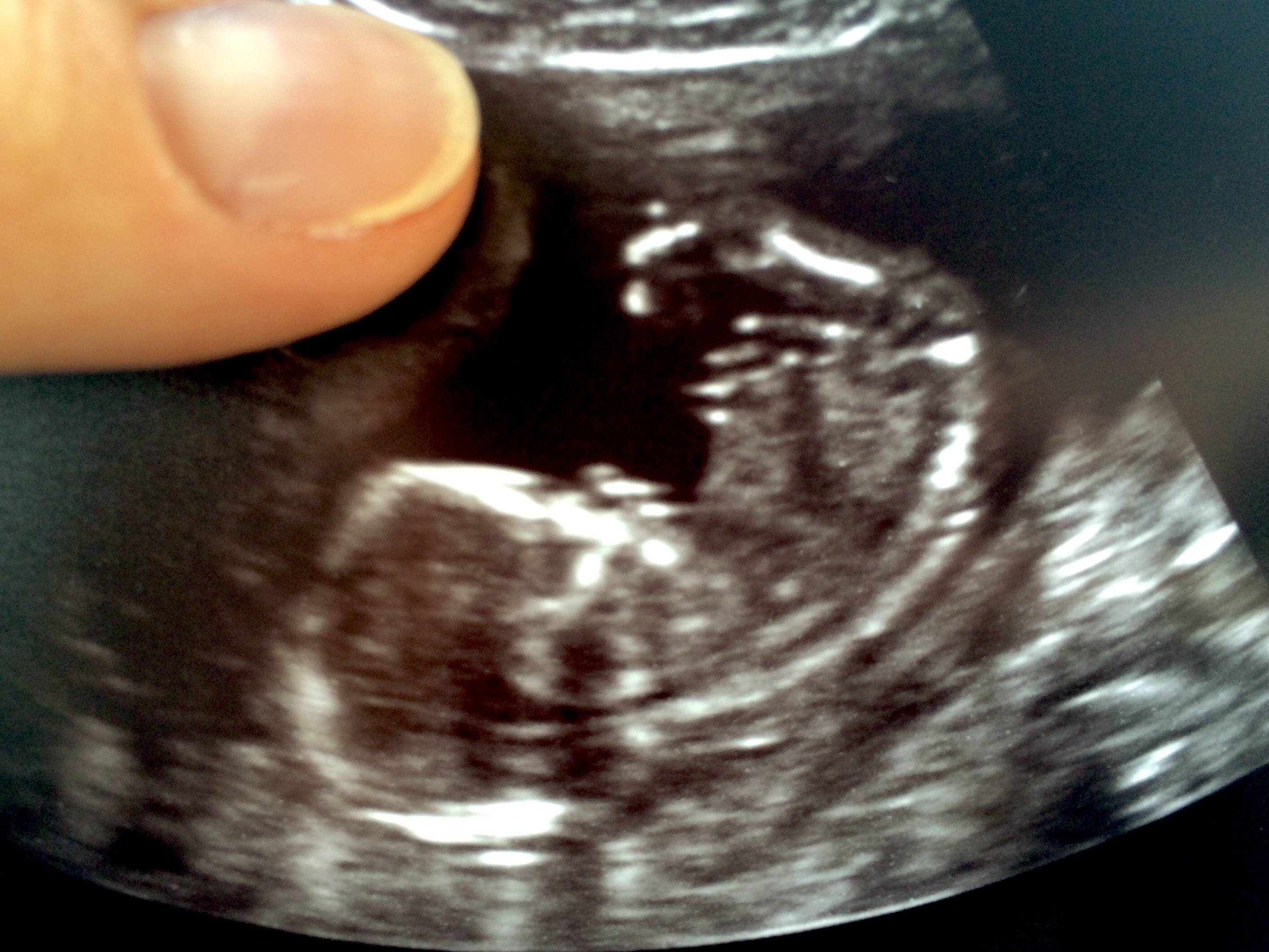 We’re a prosecco-loving bunch, you see, so it was gonna look a little weird for me not to be partaking.

But I’d unfortunately been dealing with a stubborn case of Lyme disease for several years, so luckily (side note: this is the only time you’ll ever see me use the worlds “Lyme” and “luckily” in the same sentence) I was able to blame most of my non-drinking behavior on that.

My fam knew I’d recently seen my Lyme specialist (I hightailed it to his office as soon as my regular doc confirmed my pregnancy), so no one questioned anything when I said I was on a new round of antibiotics and couldn’t drink.

I also was incredibly fortunate in that I had the easiest pregnancy anyone could probably ever ask for, so besides the lack of imbibing, there wasn’t really any other weird behavior for me to have to explain away.

There were no odd cravings, no swelling or accelerated weight gain… and I didn’t have even a touch of morning sickness, ever. (To the moms who went thru that, you’re my heroes. I really can’t imagine being sick all day, every day. I am very aware of how lucky I was). And it was winter, so any small changes that were happening could be easily covered by a sweatshirt!

So, somehow, it wasn’t until week 19 that my mom even noticed anything! It was my fault. She drove with me to Norfolk in early December to help me move into my new rental (I hadn’t really done any Christmas shopping, so figured my gift to Steev could be him coming home from deployment to a fully put-together house). 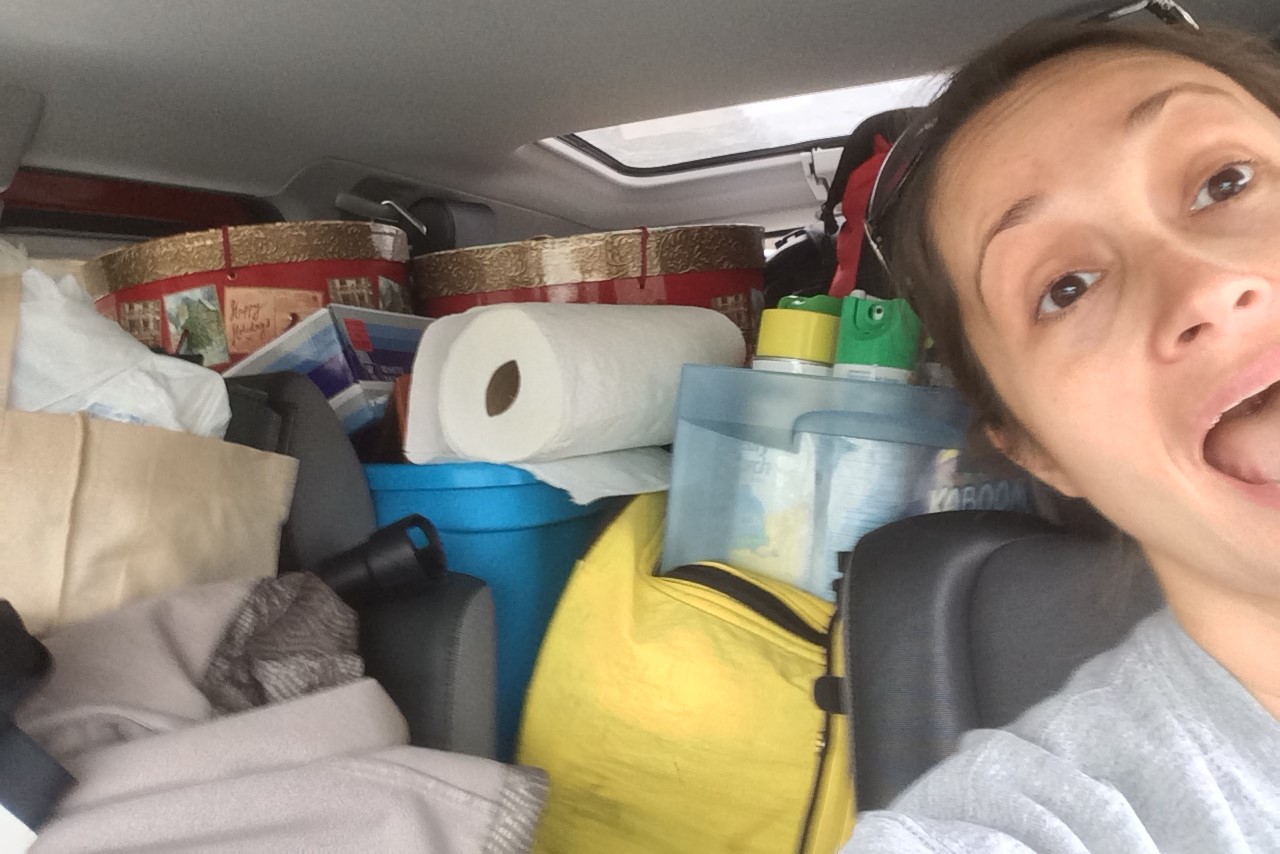 Anyway, about a week later, we went up to Annapolis, MD, in preparation for the Army-Navy football game. We’d just walked back to the hotel after dinner at the pub. It was cold AF, so after returning to our toasty room, I was removing layers in front of her. I was down to my tank top for a split second before putting a new sweatshirt on.

“Jeez, how much did you eat at dinner??” she said.

I laughed , posing with my “food baby” for a sec before throwing my shirt on. As freaked out as I was on the inside, I thought I played it well! We left a couple days later and she dropped me back off in Norfolk before returning home to NC.

For TWO MORE WEEKS, I acted like all was normal. Easy enough, since we were just phone-ing at that point. If she’d had an inkling that night after the pub, I’d been able to throw her off the scent.

Steev returned right before Christmas (oh, the rendezvous… it was sweet! But, I digress…). 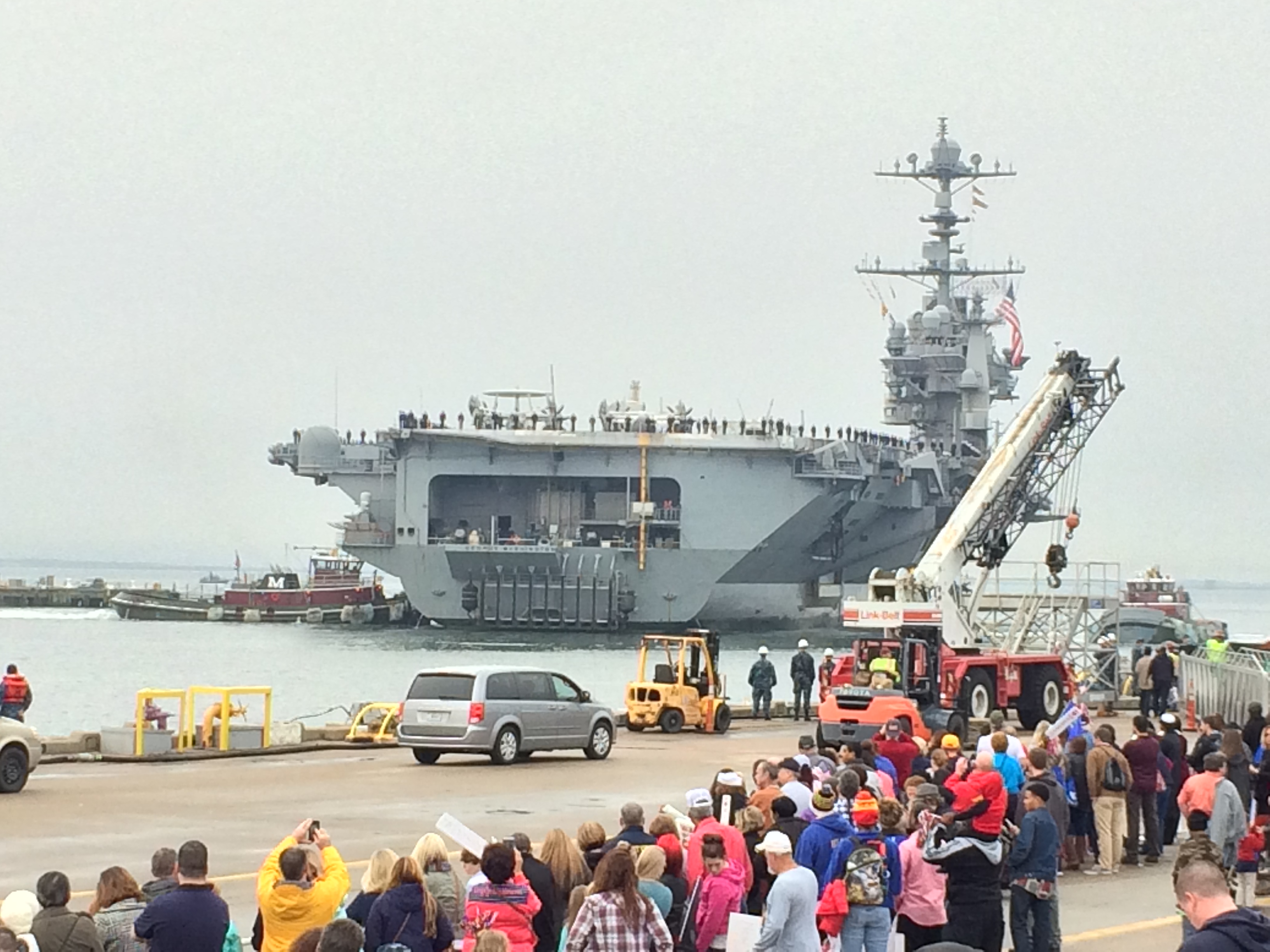 We had these really cute “We’re expecting!” ornaments made for before driving down to NC for the holidays. On Christmas Eve, we were finally together with my folks, my sis and her kiddos. My folks’ living room was the site of the big reveal.

Needless to say, after so many years of hearing me say I was never having kids, they were sufficiently shocked. Then, at the 24 week mark – 24 frikkin’ weeks! – we were finally able to make the trip to see Steev’s fam to break the news.

All in all, the reactions were pretty priceless… Was this reluctant mom actually starting to have fun with all this?!

Up next… the birth! 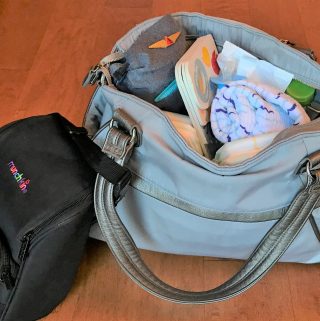